On 20 March 1922, the US Navy commissioned its first aircraft carrier, the USS Langley.  Unable to secure funding from the US Congress for a purpose-built carrier, the Navy converted the collier ship USS Jupiter by placing a wooden flight deck over a framework of beams and girders.

The only US fleet aircraft carrier until 1928, it was originally only meant to be a platform for experimentation, but due to the constraints of the Washington Naval Treaty, the Langley remained in service as a fleet carrier until 1936.  For the rest of its service life the Langley became a seaplane tender operating in the Pacific during the early years of the Pacific War.  On 27 February 1942, it was struck with 5 direct hits from Japanese long-range bombers and was scuttled by its escorts.

The photograph below is of the USS Langley at sea in 1927. 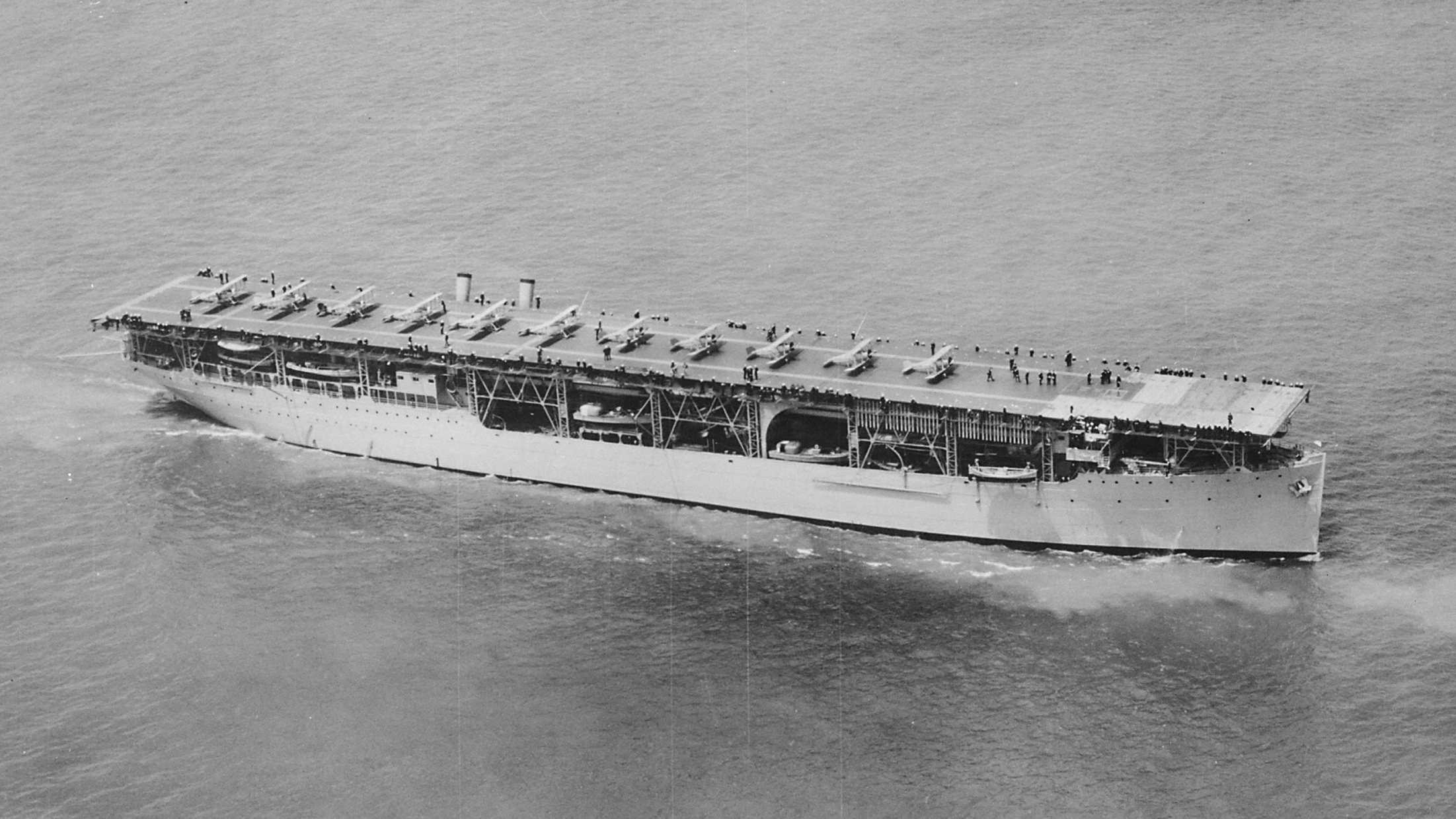