The part of my job I enjoy the most is putting together the monthly artwork sneak peek, as it gives me a chance to sit down and spend a while looking through some of the stunning illustrations coming up in our series books. Here are three pieces from our October releases for you to take a look at. 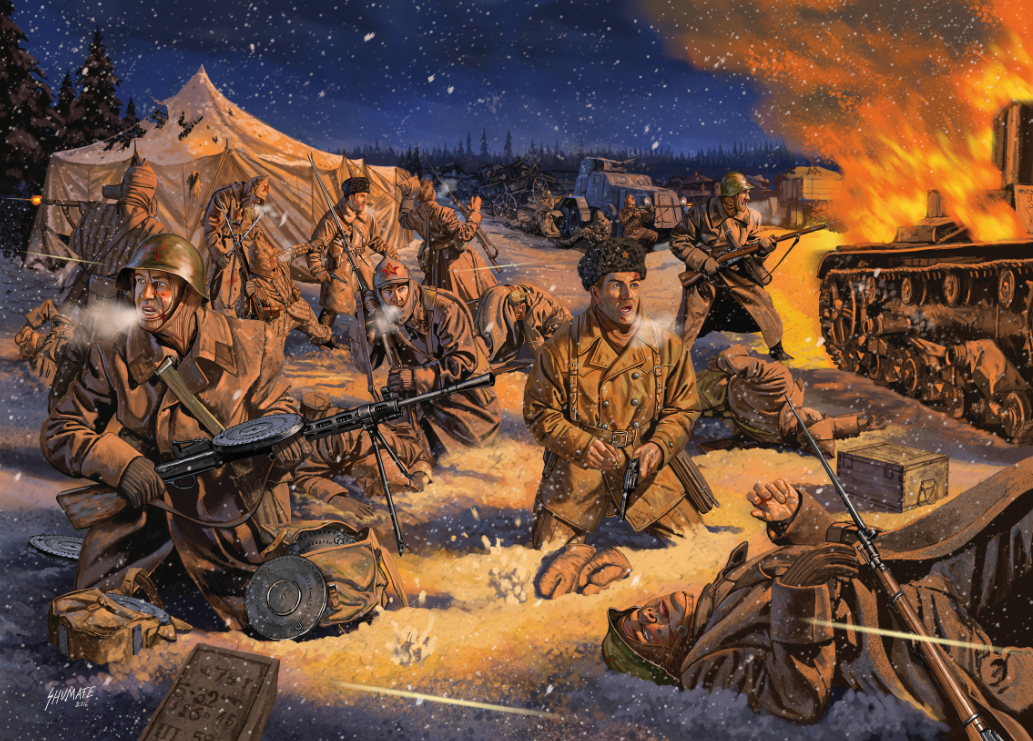 The first plate for this month's sneak peek is Johnny Shumate's frantic depiction of the last stand on the Raate road, where Soviet forces were harried by endless hit-and-run attacks by the Finns. The painting perfectly depicts the desperation of the Russian troops as they look around to try to spot their attackers. 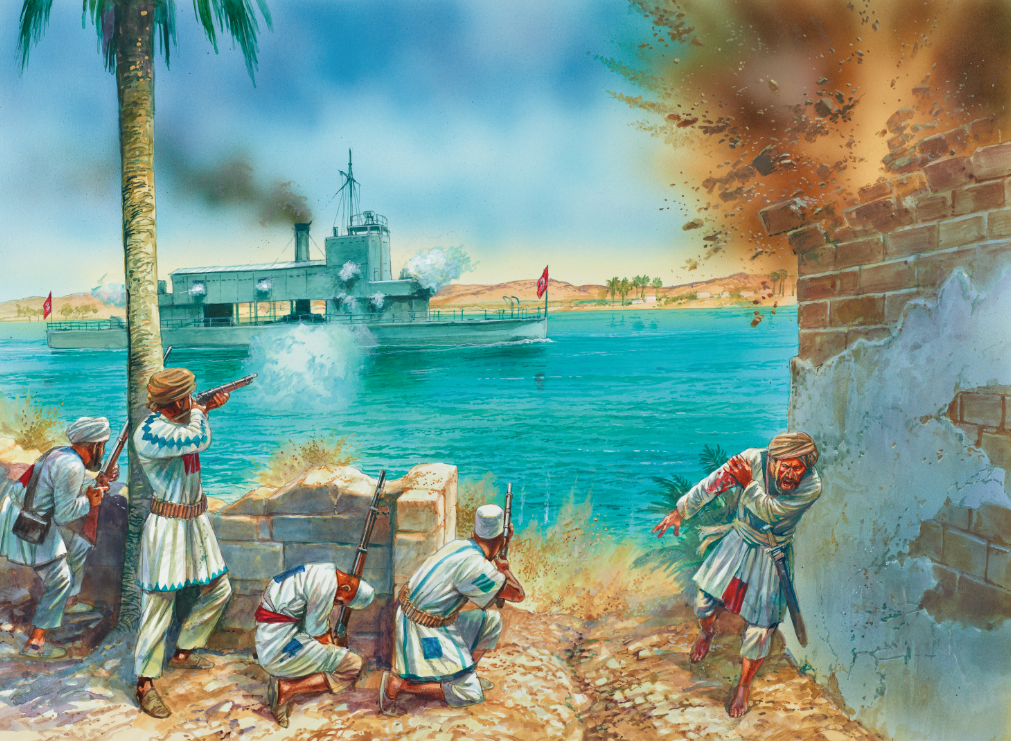 For our second sneak peek we have moved to warmer climates, with a plate from New Vanguard 239: Nile River Gunboats 1882-1918. Painted by Peter Dennis, it shows the Melik in action off Omdurman in September 1898. With her 12-pdrs, Maxim guns and the British soldiers manning the deck she was a formidable opponent and the perfect vessel to spearhead the drive to Omdurman. 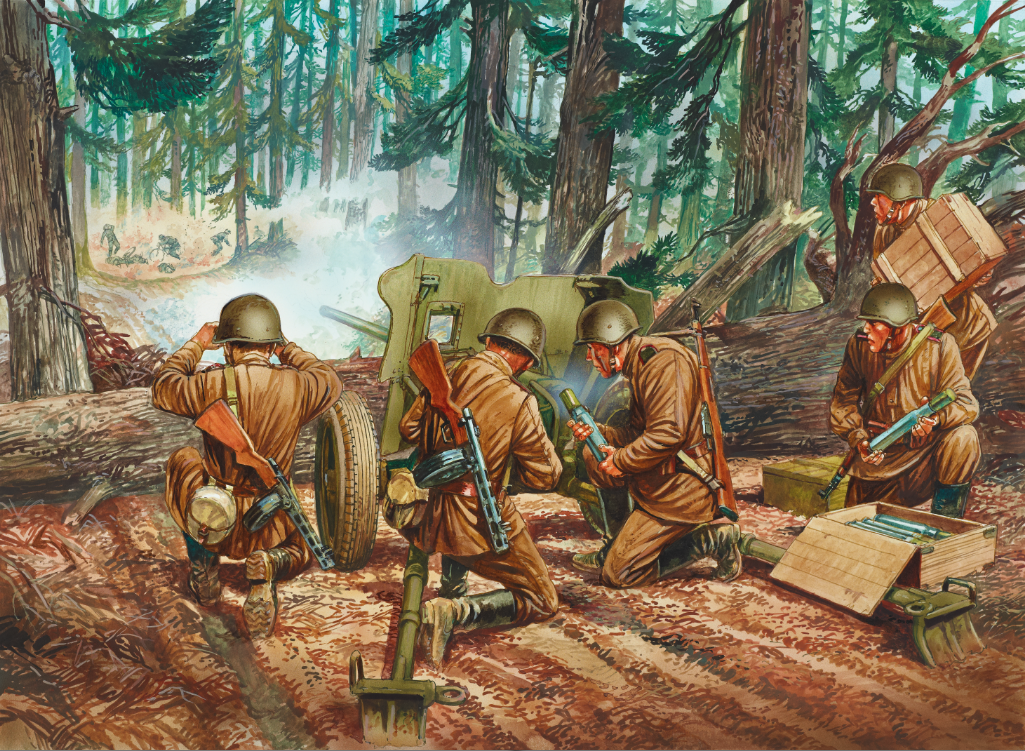 We finish up with another Peter Dennis plate, this time showing a Soviet 45mm antitank gun in action. The crew have just fired a canister round at a squad of German bicycle-reconnaissance Radfahrtruppen, using a fallen tree trunk as cover against any return fire.