We'd like to wish all our American readers a very happy 4th of July. As a special treat, here is a stunning piece of artwork from Graham Turner that will be featuring in the upcoming Campaign title on the battle of Cowpens, a key turning point in the American War of Independence. 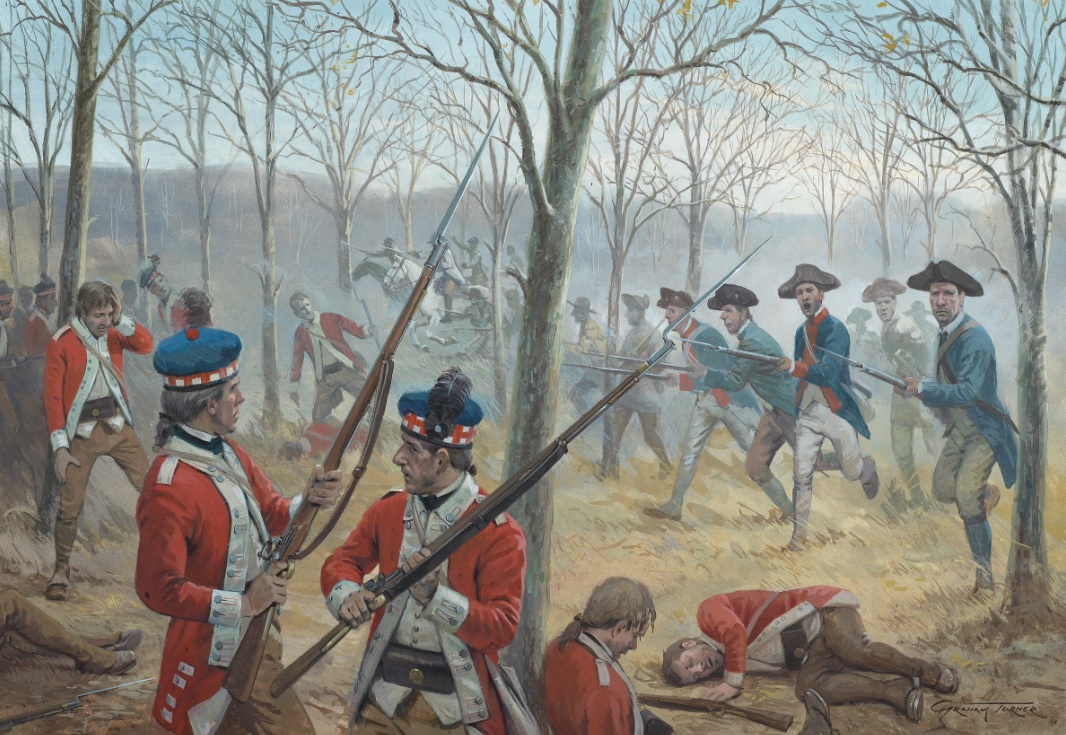 Extract from Campaign 283: Cowpens 1781 by Ed and Catherine Gilbert

The unplanned withdrawal of John Eager Howard’s Continentals and disciplined Virginia militia drew Tarleton’s infantry into a disorganized pursuit. Howard’s line suddenly turned and delivered a withering point-blank volley, then counterattacked with the bayonet. Washington’s dragoons rode around the British left and attacked the 71st Foot from the rear. Against all expectations the American militia footmen reappeared and turned both British flanks. Most of Tarleton’s infantry, exhausted by days of marching, trapped and demoralized, surrendered.