On 10 November 1954, the 179th anniversary of the US Marine Corps, President Dwight D. Eisenhower unveiled the Marine Corps War Memorial. Inspired by Joe Rosenthal’s Pulitzer Prize winning photograph ‘Raising the Flag at Iwo Jima’, sculptor Felix de Weldon spent nine years creating the iconic statue after being commissioned to create the memorial in 1945. He made sculptures from life of three of the six men who raised the flag and used photographs and descriptions to sculpt the three who lost their lives later on the island. 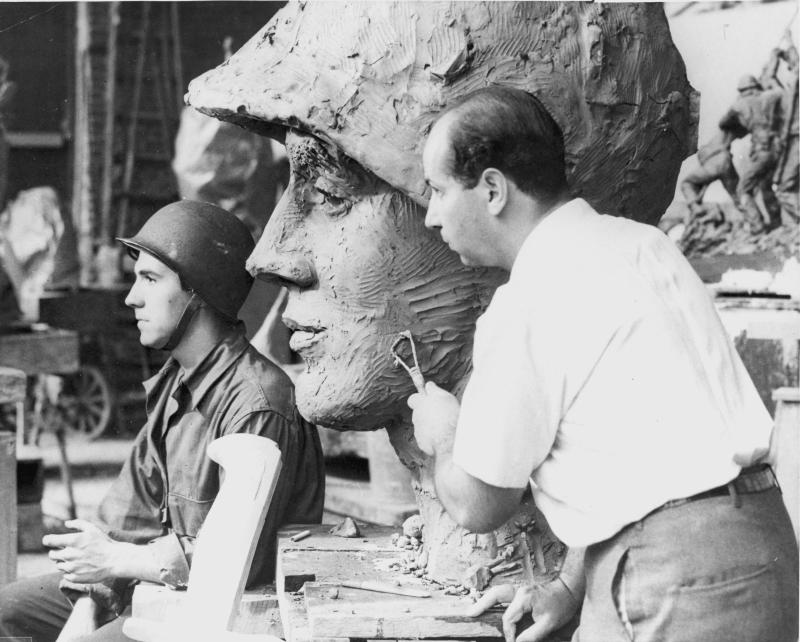 Rene Gagnon, one of the Marines who raised the flag on Iwo Jima, posing for Felix de Weldon. The three men who survived all posed for him, with photographs used as a reference for the three who did not.

Photo courtesy of US Marine Corps 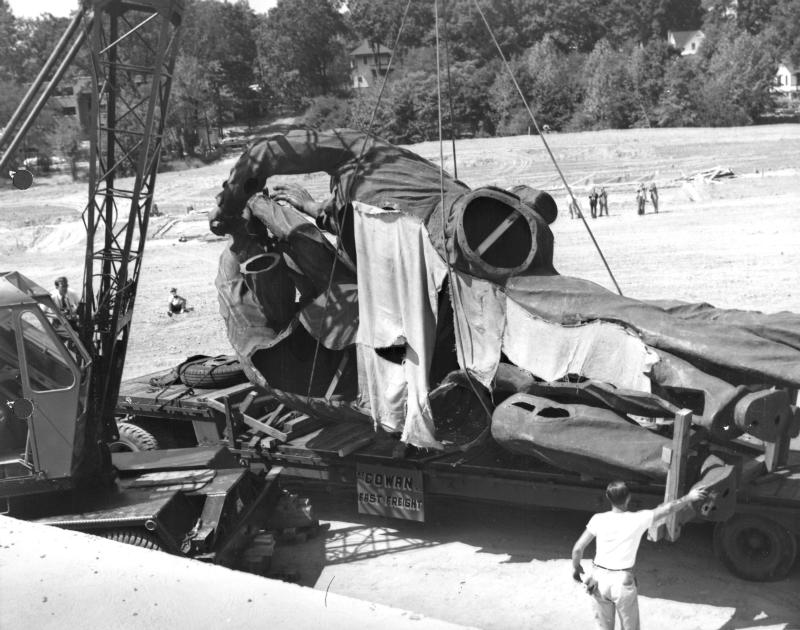 The statues were cast in bronze at a factory in Baltimore, then loaded onto flatbed trucks to be transported to the memorial for assembly.

Photo courtesy of the US Marine Corps / PFC D. Haas 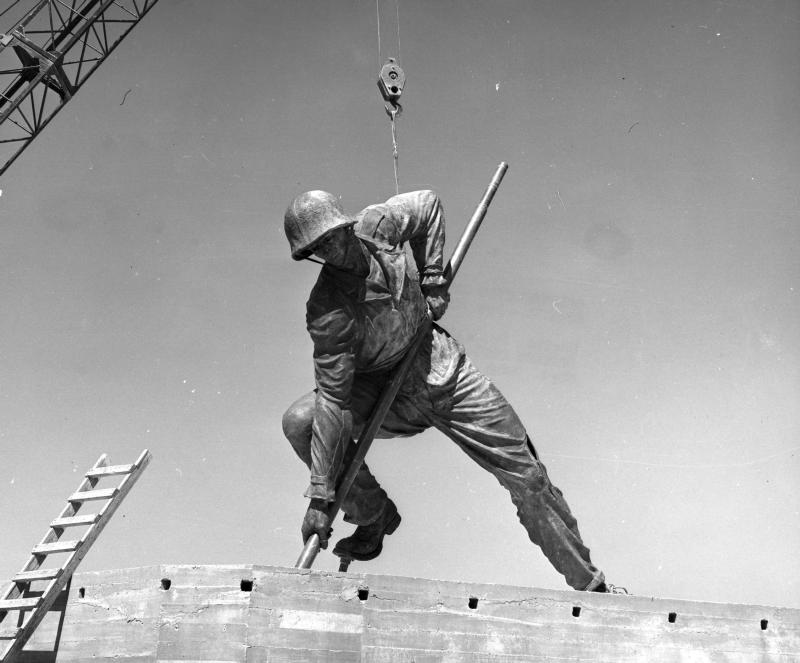 In this photo the first figure, that of Harlon Block, is put into position. Corporal Block was killed later during an attack toward Nishi Ridge 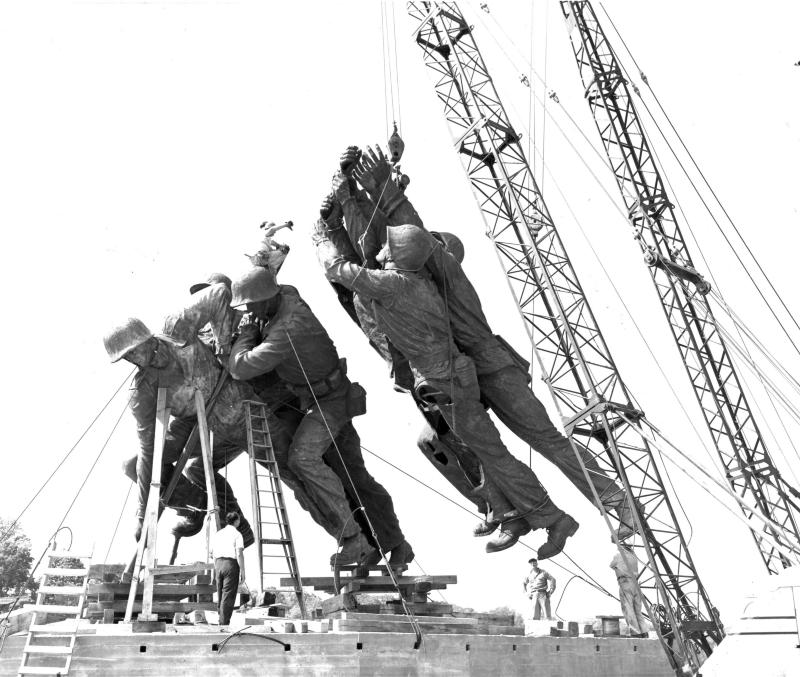 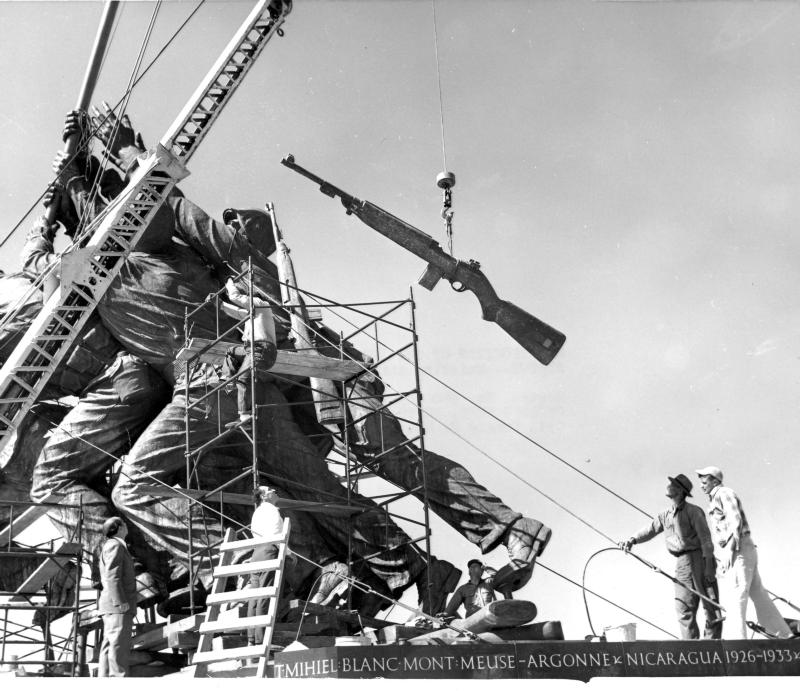 Sculptor Felix de Weldon helps to guide the final components of his statue into place. 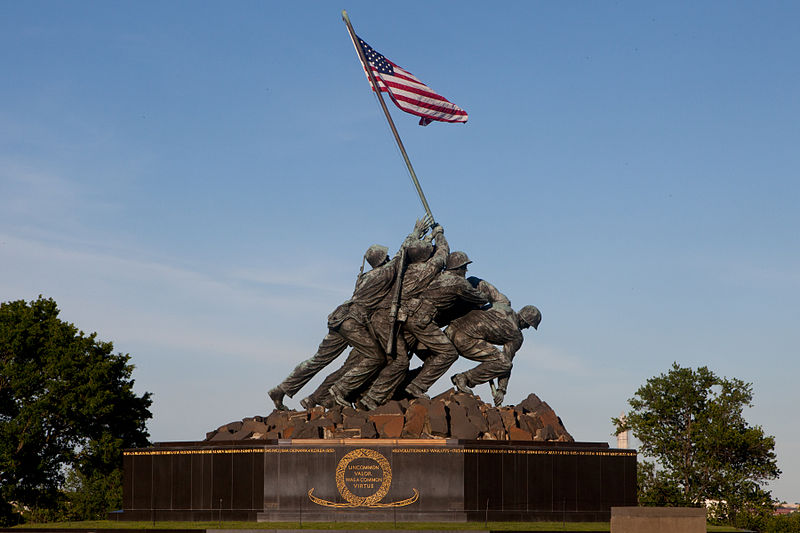 The United States Marine Corps Memorial.
For the Marine dead of all wars, and their comrades of other servies who fell fighting beside them.