On 29 November 1885 the Third Anglo-Burmese War came to an end, with King Thipaw, the last of the Konbaung dynasty monarchs, deposed and his family sent into exile. As a result of this short conflict the whole of Burma fell under the rule of the British Raj as a province of India, a state it would remain in until the 1930s.

The photograph below shows the nominal surrender of the Burmese Army on the 27 November, 1885. 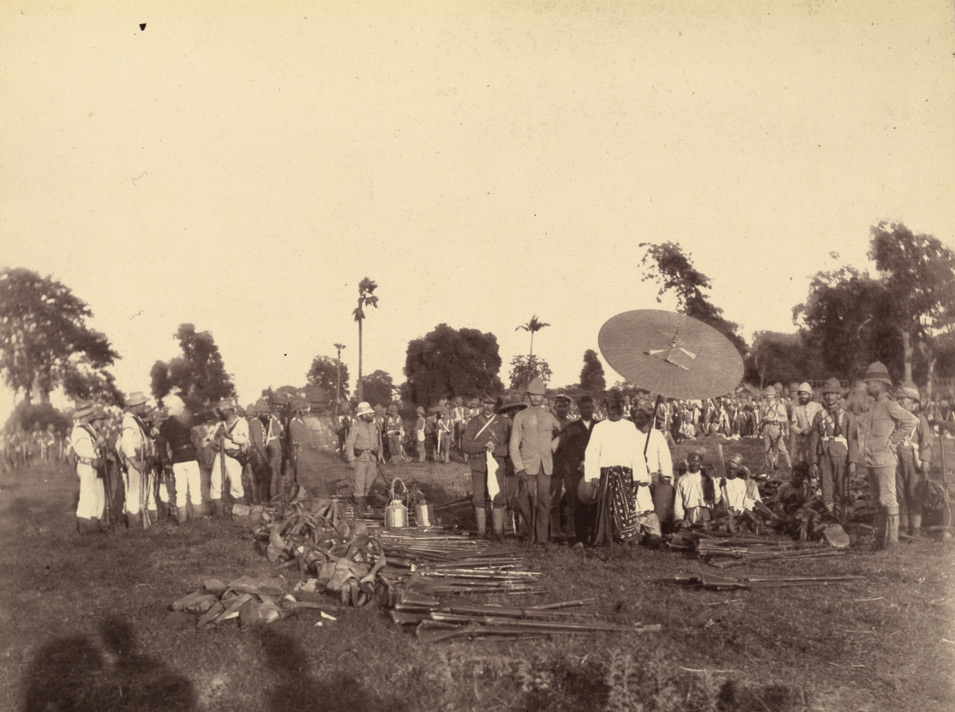 The Burmese troops who fought in the Third Anglo-Burmese War are covered in Men-at-Arms 224: Queen Victoria’s Enemies (4) by Ian Knight.