On 8th March 1937, during the Spanish Civil War, the battle of Guadalajara began with an offensive by the Italian Corpo di Truppe Volontarie (CTV) and Nationalist forces to encircle the Spanish capital, Madrid. Hampered by poor conditions, the 50,000 strong offensive was countered by Republican forces who brought forward an additional 25,000 men (to a total of 35,000) to repel the attack. Republican counter-attacks occurred between 12th-15th March and again between 18th-22nd, recapturing territory as the Italians eventually began to retreat. The battle concluded with a Republican victory which acted a major boost in morale for the Republican cause.

In the below photograph, taken in March 1937, Nationalist forces are pictured at Guadalajara. 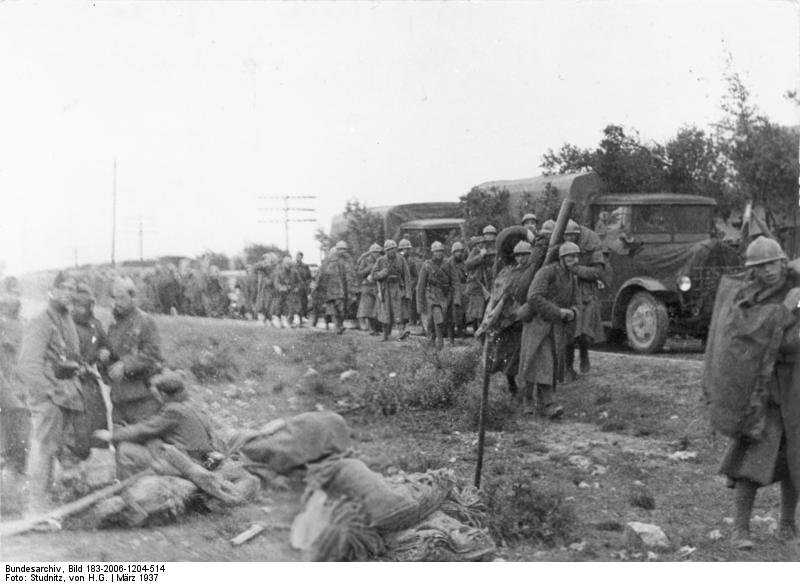 Don't forget to keep an eye on our Facebook and Twitter feeds to see our countdown to MAA 500 with a new piece of artwork from Men-at-Arms titles old and new every day!