Today marks the 600th anniversary of the Battle of Agincourt. To commemorate this famous battle we have organized a day heaped with history for you. Here is the final instalment, a stunning illustration of Henry V diving into the fray. 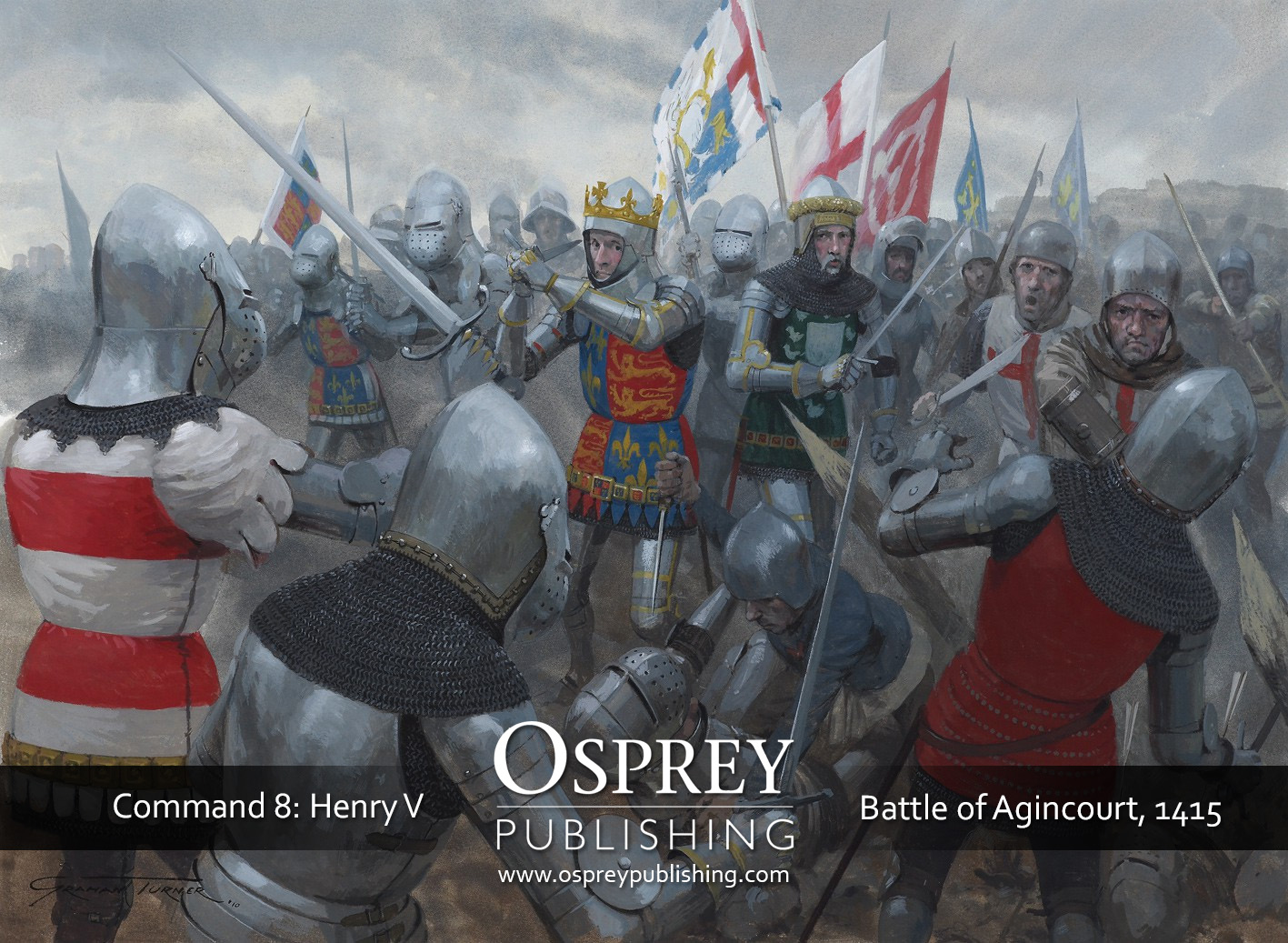 The Battle of Agincourt

This scene depicts the critical point of the battle. The French men-at-arms have crossed the field and are embroiled with the English line, while the English archers are beginning to engage from the flank in an assault that contributed a great deal to the eventual English victory. In the centre is Henry himself, with his crown on top of his unvisored great basinet. To his left is Sir Thomas Erpingham, who gave the order for the archers to fire their first volley, and some way to his right is Humphrey, Duke of Gloucester. Behind Henry fly the banners associated with Agincourt (from left to right): Henry’s personal standard, the cross of St George, the Holy Trinity, and the standards of Edward the Confessor and St Edmund. Advancing towards Henry is Jean, Sire de Croy, who, along with his retinue, made a pact to kill Henry and supposedly hacked off part of his crown. On the ground in the centre is a French knight struggling with an English archer, who is trying to stab him through his open visor, while to the right another French knight has felt the full force of one of the heavy mallets wielded by the lightly armoured archers.