June 25 1944 saw the Allies launch an attack against Fort du Roule, which sat on a rocky hill overlooking Cherbourg. The defences of the 19th century fort had been substantially reinforced from 1942-44, with an elaborate set of gun casemates carved into the cliff-face. It would be a difficult obstacle for the Allies to overcome, but if they wanted to take the crucial port they had no choice. 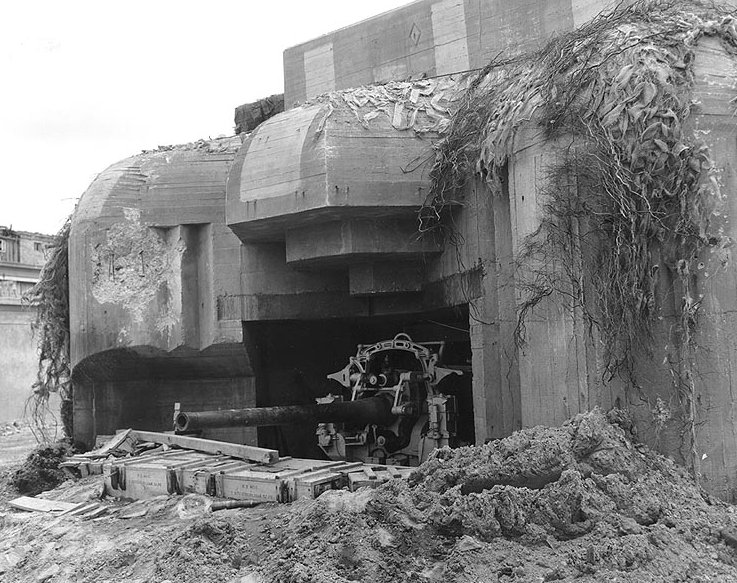 A German gun emplacement at Cherbourg

The attack began at 0800hrs, with a bombing run by a squadron of P-47 Thunderbolts followed by an infantry assault. The following is an extract from Campaign 278 – Cherbourg 1944, in which author Steven J. Zaloga tells of the bravery of Corporal John Kelly:

After working their way through the barbwire obstructions, one of the platoons from Co. E became pinned down by one of the machine-gun bunkers. Corporal John Kelly volunteered to attack it with a pole charge. He approached the bunker under heavy fire, but the charge failed to silence the bunker, which was protected with a steel plate in the embrasure. He returned for a second charge, which damaged the machine-gun barrels of the embrasure. He returned for a third charge, which did enough damage to make the bunker vulnerable to grenade attack. After hurling grenades inside, the surviving German crew surrendered. Kelly was later awarded the Medal of Honor for this action… 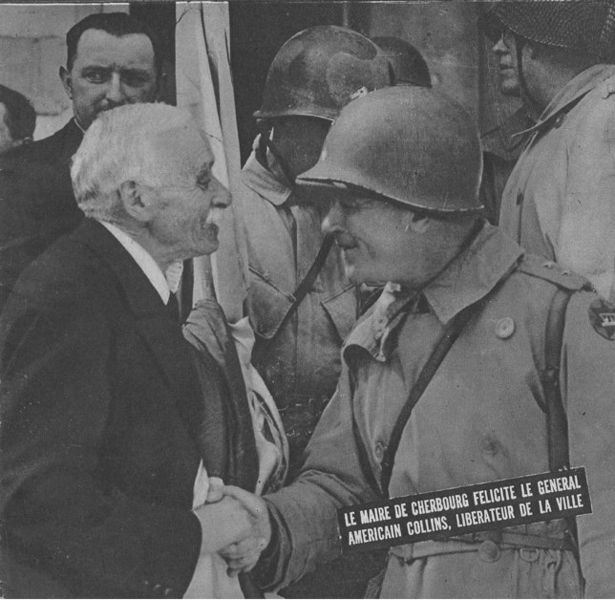 The capture of the port of Cherbourg was the first major Allied victory following the D-Day landings in Normandy. To read more about it take a look at Campaign 278 – Cherbourg 1944.