Euro Militaire had many interesting people on board manning the stands over the weekend, amongst them was actor Jason Salkey. You may know Jason through the hit television series about the fictional British soldier fighting in the Napoleonic wars called “Sharpe”. Jason played in the series as Rifleman Harris. As well as giving away a prize at the event he was there for a more personal reason.

Jason was representing a charity founded by his co-star in the series Mr Daragh O’Malley called “The Sharpe’s Children Foundation”. This charity was conceived through the casts’ experiences in filming in many of the lesser well off areas of the world.

While filming the Sharpe series over a seventeen year timespan at various locations in Portugal, Ukraine, Crimea, Turkey and India, the actors of Sharpe witnessed many atrocities against children. While filming Sharpe’s Challenge and Sharpe’s Peril in India, actors witnessed little children living in the gutters of Jaipur and Jodpur in Rajasthan and on the streets of Kahjurho in the state of Madhya Pradesh, living in the most horrific circumstances.

On meeting the representative of the foundation Ms. Yvette Leavy, I learned all about the charity and its aims to bring these children up and out of their poor surroundings and – just like Sharpe - to give them a chance through self-betterment. By establishing Sharpe’s Shelters early education centres - the first will be in Rajasthan, India - the actors of Sharpe feel they have found a unique way to make a real difference to the lives of destitute and forgotten street children. To better explain the foundation’s aims and to look at the Foundation’s great work please do click on www.sharpeschildren.com and see if you can do something to help. Congratulations to Euro Militaire for exposing us to this important charity! Now to the second part of photos of the show. There are more parts to come all this week including more figures, dioramas, armour and other oddities from the show – not to forget some of the characters from the event. 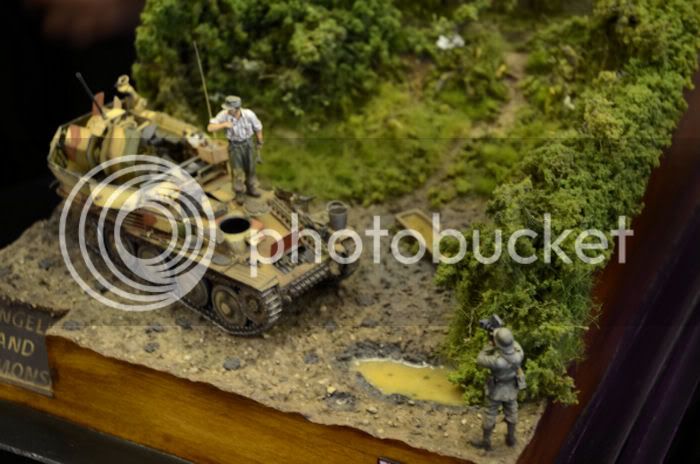